On the occasion of the new dialogue will be exploring the 18th century, the era that witnessed the birth of museums in general and of the Pinacoteca di Brera in particular. 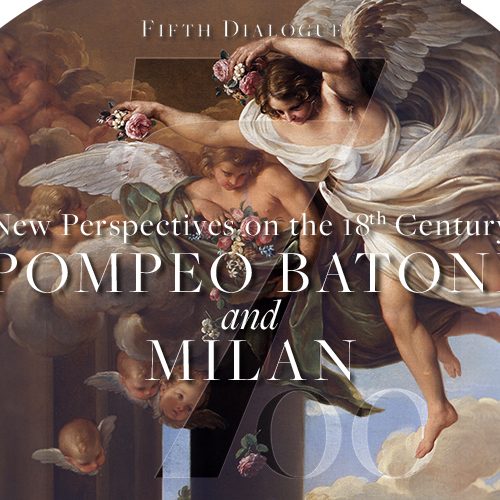 The Pinacoteca di Brera’s new and highly original dialogue of masterpieces entitled “New Perspectives on the 18th Century. Pompeo Batoni in Milan” is due to run from 8 June to 1 October 2017. The dialogue, juxtaposing works of art from the museum’s own collection with a number of guest paintings, is the fifth in a series inaugurated in 2016 by James Bradburne, the new Director of the Pinacoteca di Brera and Biblioteca Braidense.

An altarpiece depicting the Madonna and Child with St. Joseph, St. Zachary, St. Elisabeth and the Young St. John the Baptist by one of the era’s most important artists, Pompeo Batoni, which came to the Brera from the now destroyed church of Santi Cosma e Damiano, will be interacting with other works by the same painter from collections and sites that shed light on his relationship with the city of Milan, in particular with a painting depicting the Blessed Bernardo Tolomei Helping Plague Victims from the church of San Vittore al Corpo in Milan. The exhibition will also be showcasing a preparatory work for the Tolomei altarpiece from Palazzo Borromeo dell’Isola Bella (Verbania) that presents an initial idea for the composition subsequently abandoned.

Probably painted in Batoni’s workshop, where his pupils produced pictures that could be used as models designed to present the master’s work, and known to have once hung in the Borromeo household, the painting reveals the interest that grew up around Batoni’s work in 18th century Milan.

The dialogue winds up with two of Batoni’s drawings, a Seated nude in profile and a Seated nude with crossed legs, both from the Gabinetto dei Disegni e delle Stampe dell’ Accademia di Belle Arti di Brera. The drawings’ presence is highly symbolic if we consider that Batoni was one of the artists around whose work the Accademia di Brera built its collection of nudes for teaching students at the time of its foundation in 1776. The new world of Neoclassicism celebrated Batoni in several different ways.

These were the years in which Antonio Canova, who arrived in the city from Rome in 1779, saw him at work in the private drawing school that he had set up, and wrote: “I truly liked his charming, grandiose drawing with its fine forms.”

The Pinacoteca di Brera’s fifth dialogue is important for the history of the Pinacoteca itself as a modern museum, a “product” of the 18th century, the Age of Enlightenment and the French Revolution. The building hosting the Pinacoteca was transformed by order first of the Empress Maria Theresa, to whom the Maria Teresa Room in the Biblioteca Braidense is dedicated, and then of Napoleon, who decreed that it should be opened to the public in 1809.