Madonna and Child (Madonna of the Rose-bush) 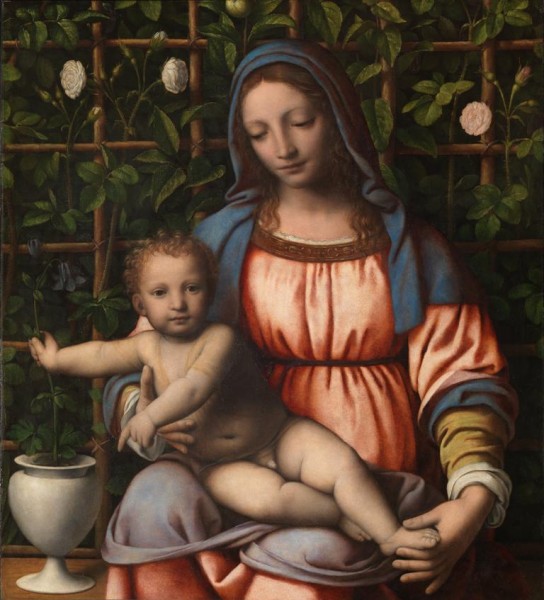 This youthful masterpiece by Luini was acquired for the Pinacoteca from the Giuseppe Bianchi collection in 1826. Neither its provenance nor its earlier collecting history are known, although it is widely thought to have come from the Certosa di Pavia where Luini was working in or around the first decade of the 16th century. The panel reveals the intensity of the links that this artist from Varese maintained with the Lombard Late Gothic tradition which is responsible, for example, for his meticulous depiction of plants and flowers in the background. At the same time, however, we see Luini subscribing to the style of Leonardo da Vinci, not only in the Virgin’s facial features but also in the pose of the Christ Child, whom several scholars have likened to Leonardo’s study of a Madonna and Child with a Cat.
Jesus is clutching a columbine whose colour alludes both to the blood of Christ and to the grief of his mother. 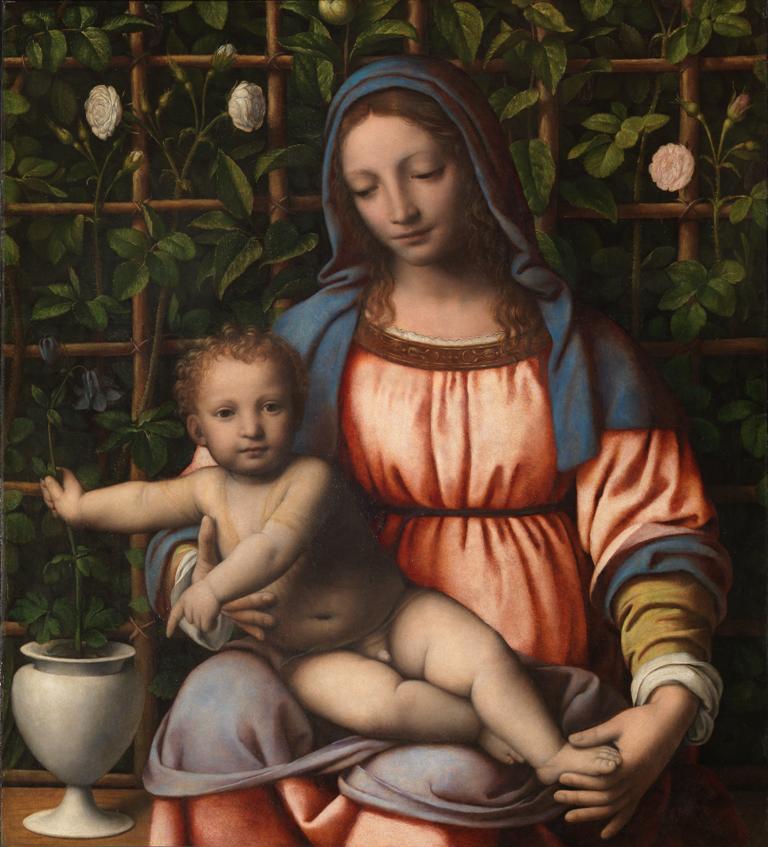