The Studio of Wonders 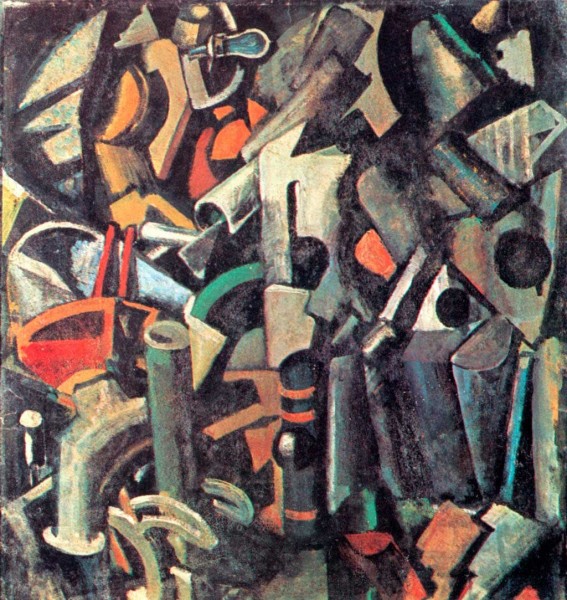 The paintings by Sironi in the collection of Emilio Jesi, an antifascist of Jewish origin, predate the artist’s support for the “Fascist revolution” and his involvement in the great decorative undertakings promoted by the regime, or at least are conceptually extraneous to them. Sironi gave up his studies of engineering to frequent Balla’s studio in Rome, where he met Boccioni and Severini, joining the Futurist movement with them.

An example of his Futurist work is The Truck, dated variously to 1914 and 1917, while in The Studio of Wonders Cubo-Futurist decompositions are superimposed on a representation of objects drawn from Carrà’s Metaphysical Painting, whose influence can also be seen in The Lamp, of 1919: here the figure is an inexpressive and melancholy manikin, depicted in a domestic interior dominated by a sense of solitude that anticipates the existential anguish typical of Sironi’s poetics. He never shared the faith in progress and the myth of the machine that would characterize the Futurists and his urban scenes (Urban Landscape with Truck of 1921) represent isolated, gloomy and orderly suburbs, mirrors of a sense of alienation which is that of humanity itself.
In 1922 he joined the Novecento, an artistic movement that set out to promote genres such as the still life, portrait and landscape. Again in 1922 his political sympathies for Mussolini, who gained power the same year, led to him becoming the illustrator and graphic designer of Il Popolo d’Italia, organ of the Fascist party. Later he was drawn to Italian rationalist architecture, showing his works at the exhibitions that were held by the movement. With Urban Landscape with Passerby (1929) and Urban Landscape with Chimney (dated to some time between 1930 and 1942-43) we approach the period of the artist’s maturity, when his plastic vision grew harsher and more expressionistic while remaining focused on motionless and silent scenes. 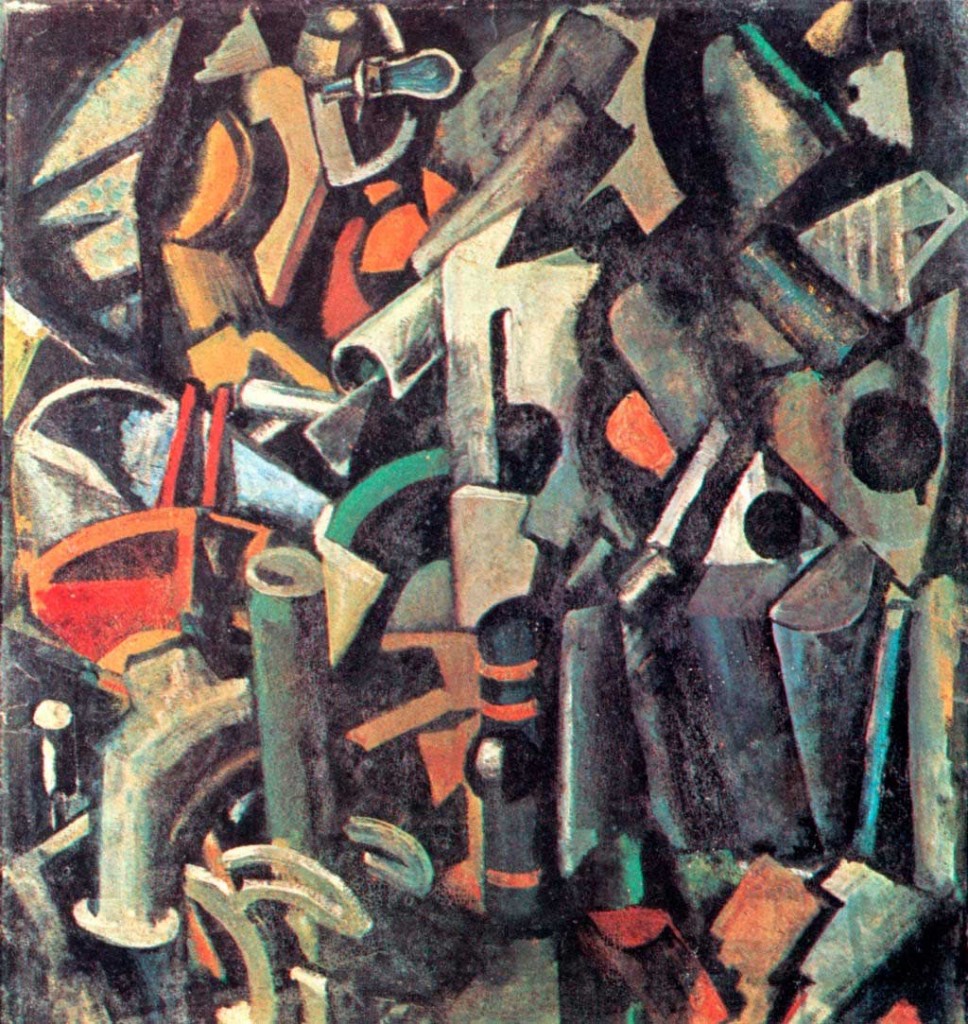