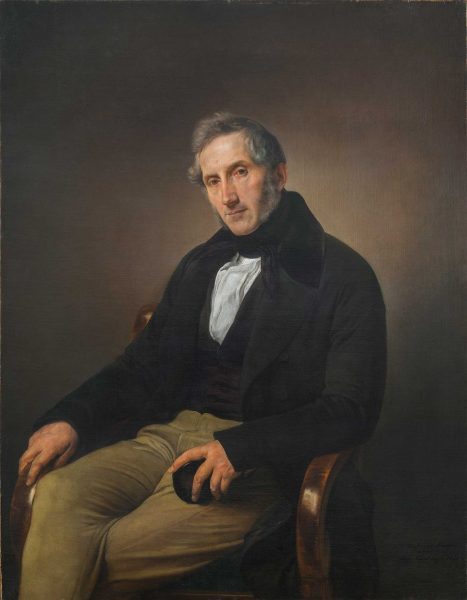 Like its companion piece, the Portrait of Teresa Manzoni Stampa, the painting was donated to Brera in 1900 by Stefano Stampa, Manzoni’s stepson and a man of many artistic enthusiasms. It was commissioned from the artist by Manzoni’s second wife, Teresa. It is the best-known portrait of the Milanese writer, one of the “icons” of the Romantic culture and the society of that time produced by Hayez and an unsurpassed example of subtle psychological investigation: our attention focuses on the figure while the setting is barely sketched.
Manzoni disliked having his portrait painted but for Hayez he made an exception, going to his studio in person for fifteen sessions: three to sketch out the portrait, ten to paint it carefully from life, even copying his round tobacco tin, and two to apply the finishing touches.
He dedicated a great deal of time and energy to the picture with the intention of creating a natural and immediate likeness, which would be emblematic of the subject’s personality and of his religious and social ethics.
The Galleria d’Arte Moderna of Milan has a later replica. 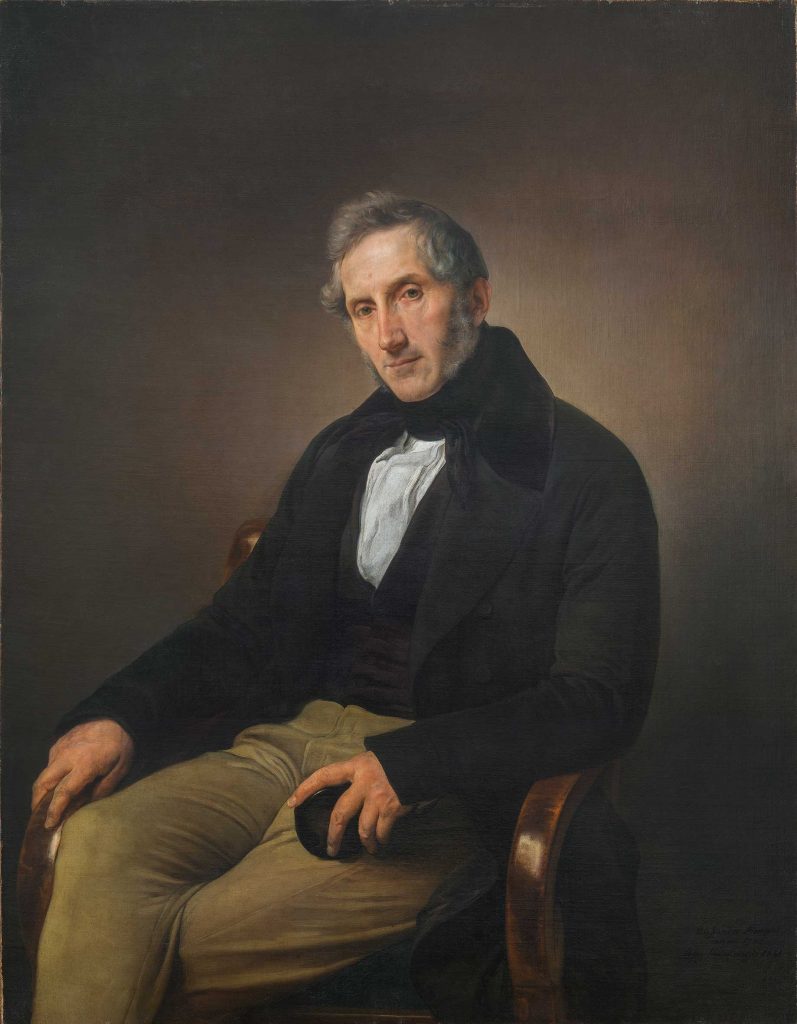