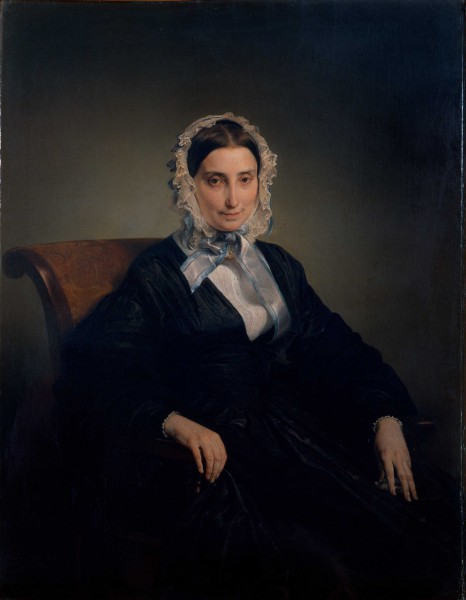 Teresa Borri Stampa, a widow, married the widower Alessandro Manzoni in 1837, becoming his precious helpmeet. It was she who advised him to publish “The Betrothed” in episodes illustrated with engravings, an editorial novelty that boosted the novel’s popularity.
The work was left to Brera in 1900 by Stefano Stampa, the son of Teresa Borri. The portrait, which is a companion piece to the one of Alessandro Manzoni, whom Teresa had married after the death of their respective spouses, had been commissioned by Stefano Stampa himself in 1847 and had then remained for two more years in the studio of the painter, who signed it patriotically as an “Italian of the city of Venice.”
Here the favorite portraitist of aristocratic and liberal circles in early 19th-century Milan has produced a work for private use, which takes its cue, in the iconography, dress and atmosphere, from the sitter’s domestic and everyday environment: its strictly private nature emphasised by the flask of smelling salts that the sickly Teresa invariably kept about her person. 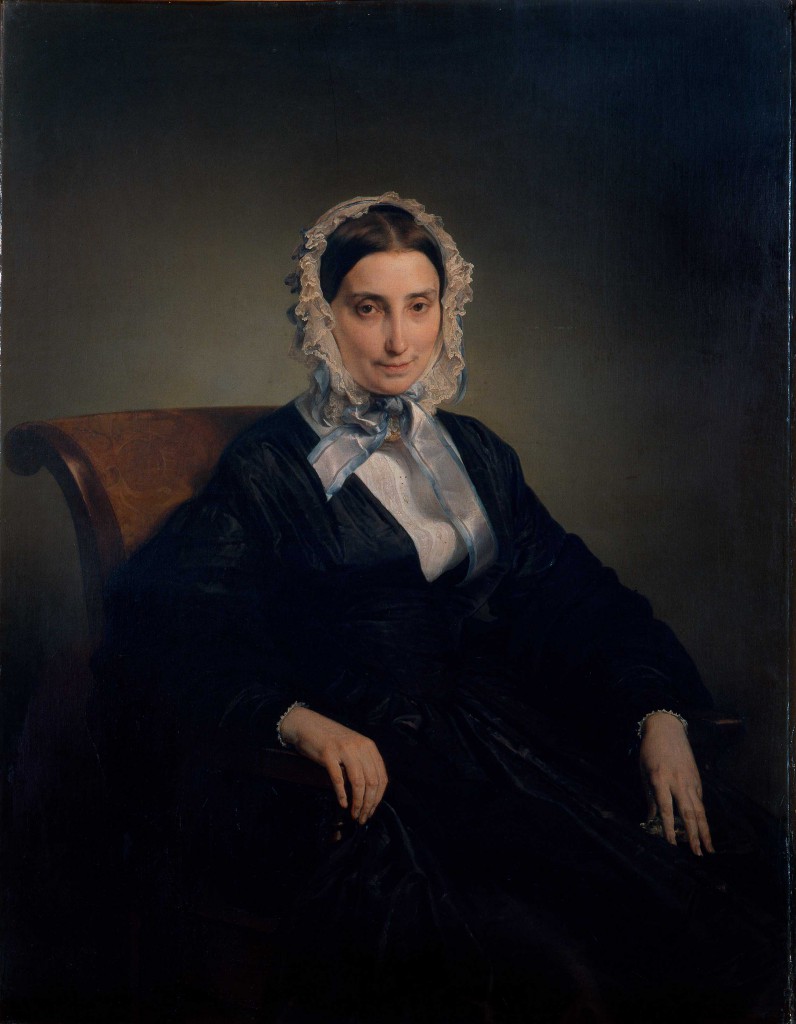