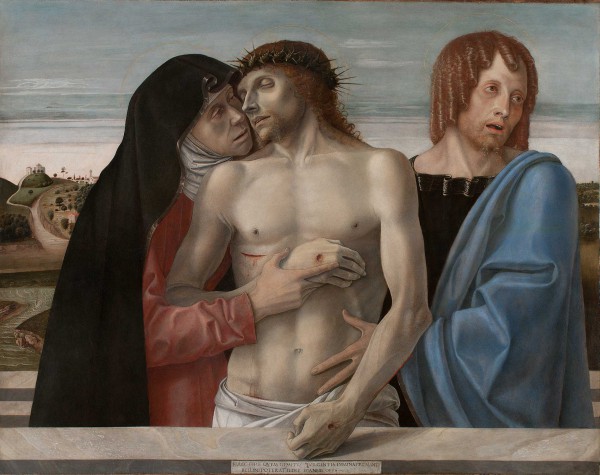 The panel, dated to the years between 1465 and 1470, marks an evident emancipation of the artist from the influence of Andrea Mantegna, to whom he was linked not just by cultural affinities but also by close ties of kinship (they were brothers-in-law).

The lesson of the Paduan artist is clearly visible in the incisiveness of the outlines and the sculptural plasticity of the figures, brought into the foreground to invade the space of the observer. Yet Bellini immerses the scene in an atmosphere of natural light, softening the tones and concentrating not so much on the construction of a rigorous perspective as on conveying the sorrowful humanity of the protagonists.
In this way he creates a new language that will become, in the years to come, his personal and unmistakable stylistic mark.

Propertius, the great poet of the Augustan age whose verses are referred to on the strip along the sill, speaks of the capacity of an image to provoke tears – an effect observed with certain works, including this one.

The work, which used to be in the Sampieri collection in Bologna, was donated to Brera in 1811 by the viceroy of Italy, Eugène de Beauharnais.

“Mary supports Christ’s broken body with the same tenderness as she once held him as a child. The scene is soaked in sorrow; the warmth of living hands contrasting the pallor of death and John’s turning groan heightening the pain. But it also highlights the bond between mother and son. The closeness of their faces, nose to nose, mouth to mouth, reveals an extraordinary physical resemblance, making this final act of mothering about humanity as much as divinity.
“
Sarah Dunant 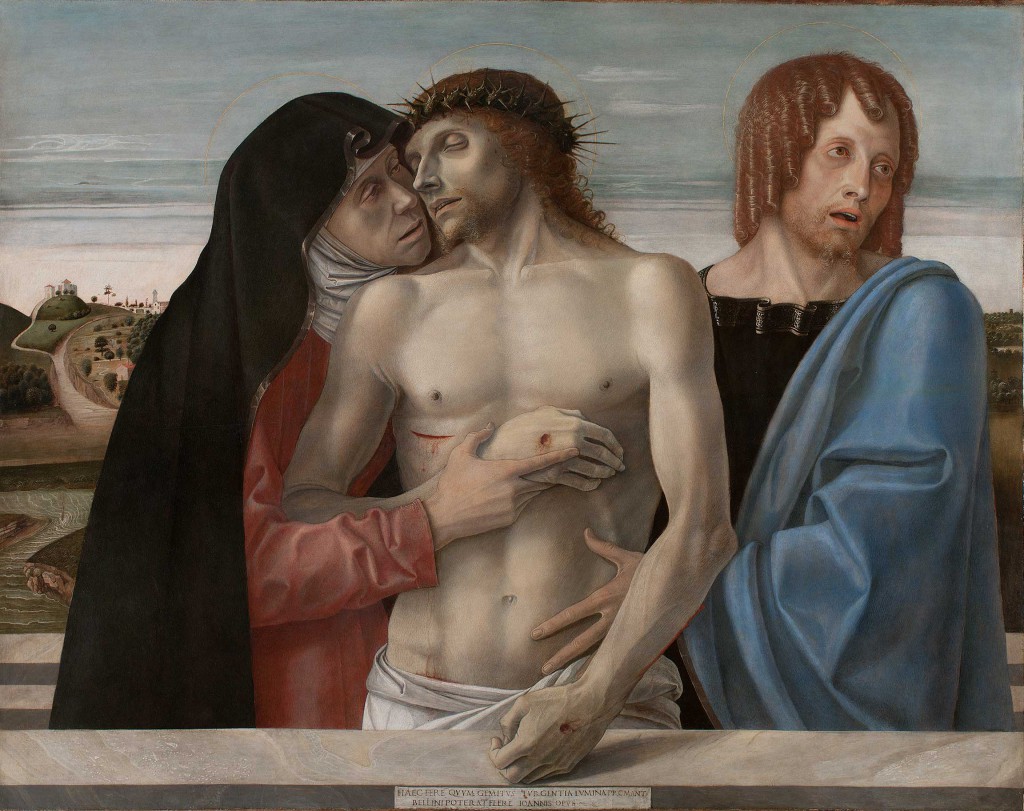