Game with a Live Pigeon

Once attributed to a Flemish artist and then to Felice Boselli from Piacenza, this painting and its companion piece (Game with Hare), have now been given to Candido Vitali, a Bolognese painter who specialised in the genre. After studying under Lorenzo Pasinelli in Bologna and Carlo Cignani in Forlì, Vitali started to show his work at the age of 30, achieving immense popularity not only in Italy but also in northern Europe. Still-life as a genre originated in Flemish painting in the second half of the 16th century. 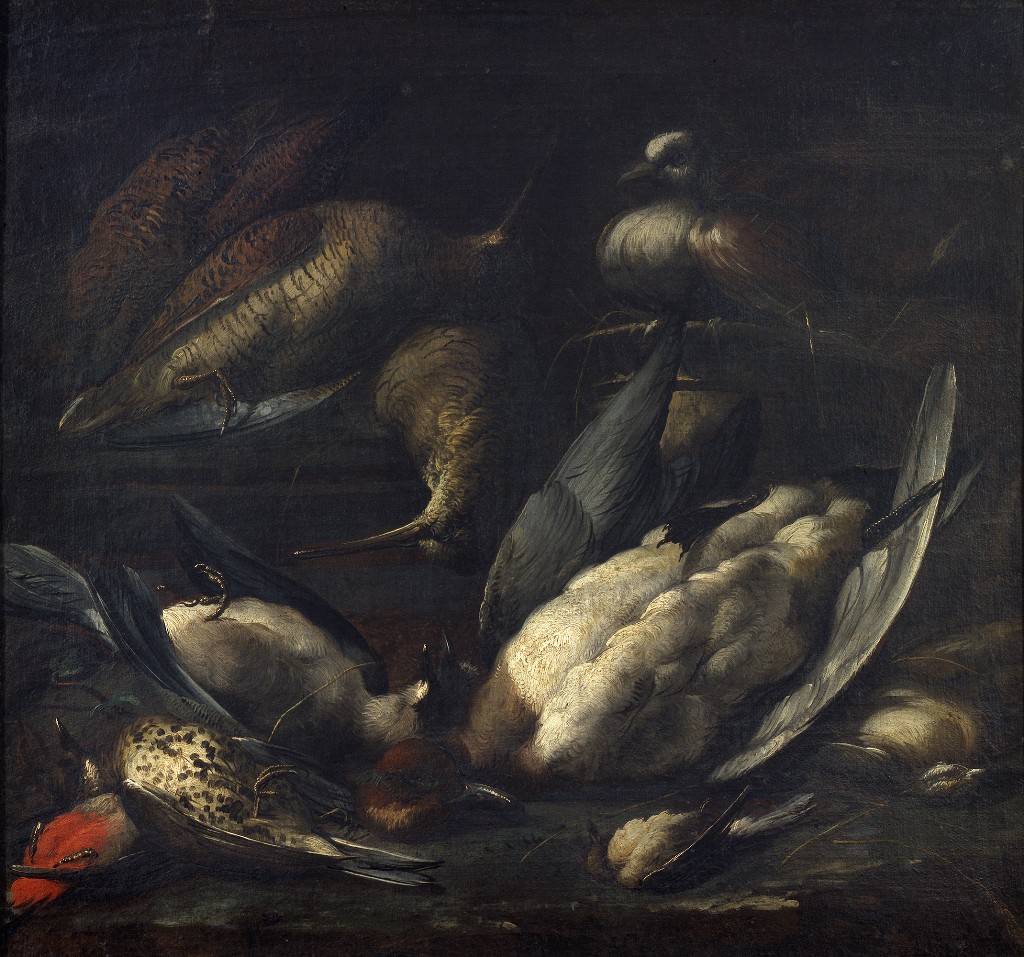