Madonna and Child with St. Joseph and St. Simeon

Home | Collection | The Collection online | Search the collection | Madonna and Child with St. Joseph and St. Simeon
Explore by | Search 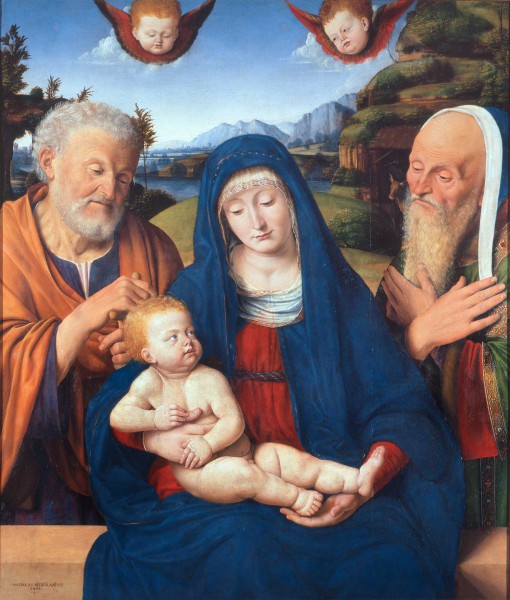 This painting comes from the church of San Pietro Martire in Murano. Signing it Andreas Mediolanensis, the artist himself to be Milanese. The landscape is influenced by Leonardo, but also by Giovanni Bellini, and can be seen as a bridge between Milan and Venice. When he returned from Venice Solario earned much renown in Milan – now dominated by the French – and was sent by the governor of Milan, Charles d’Amboise, to paint in the castle of his uncle, the archbishop of Rouen in Normandy. 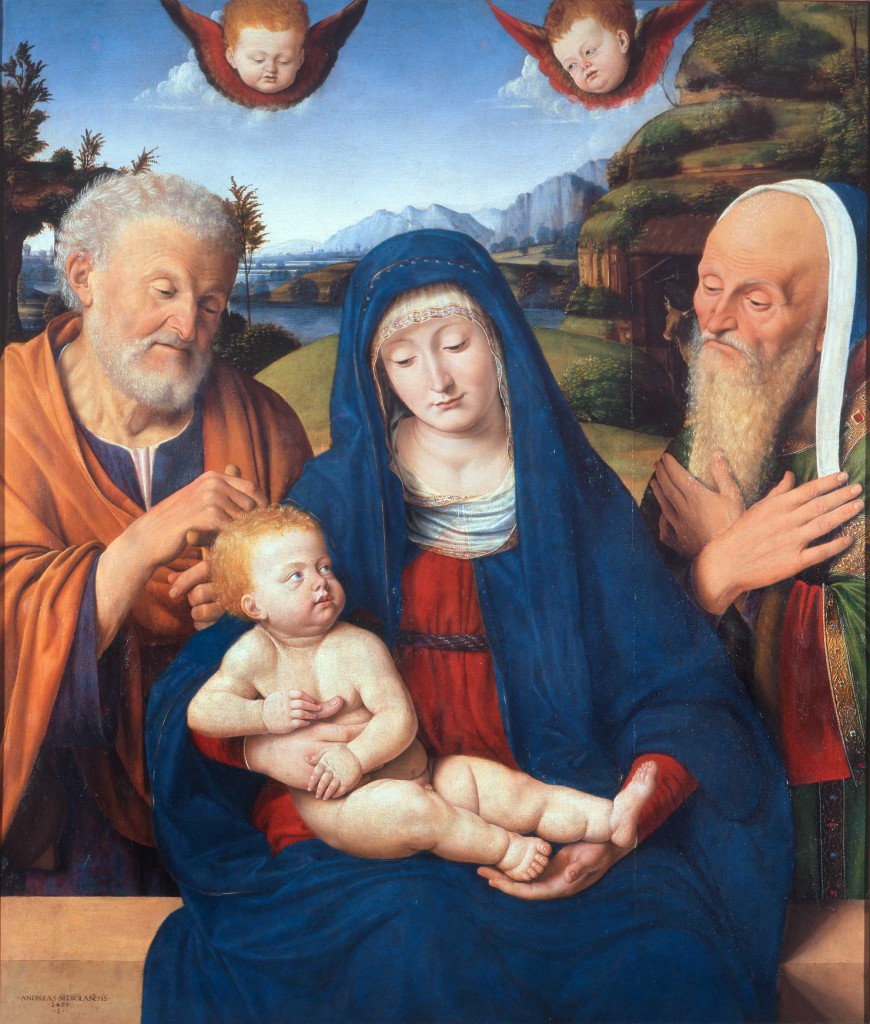