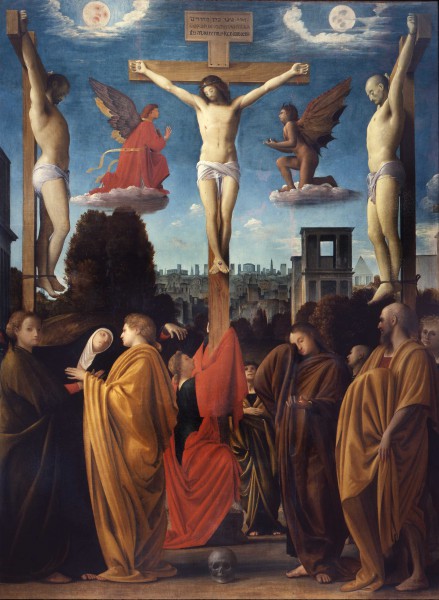 The painting is documented in Brera since 1806 but its provenance and original location are unknown. It has been suggested that the canvas came from Santa Maria di Brera, and so had entered the Pinacoteca directly, or from Milan Cathedral where, according to some, it had been put on display for a short time before being removed for its somewhat unorthodox iconography: in this case its execution would have been connected with movements of religious reform current in Milan at the beginning of the 16th century and taken up in circles close to the new French rulers and Marshal Giangiacomo Trivulzio.

Other hypotheses, finally, postulate that the canvas was commissioned directly from Bramantino by Trivulzio himself, who had already turned to the artist for the cartoons of the cycle of tapestries dedicated to the Months (now in the Musei Civici del Castello Sforzesco). The work is one of the painter’s masterpieces, filled with symbolic references that have not been fully explained.

The soft palette creates a backlit effect, each element arranged with careful symmetry. An angel and demon kneel in adoration by the Cross. The plaque bears the legend “Jesus of Nazareth King of the Jews” in Hebrew, Latin, and Greek after the Titulus Crucis, a relic discovered in 1492 and preserved in Rome. Some of the monuments in the background are also Roman. Bramantino, in Rome since 1508 and with a deeper knowledge of the Classical world than many, revisited that world it in an imaginative vein. 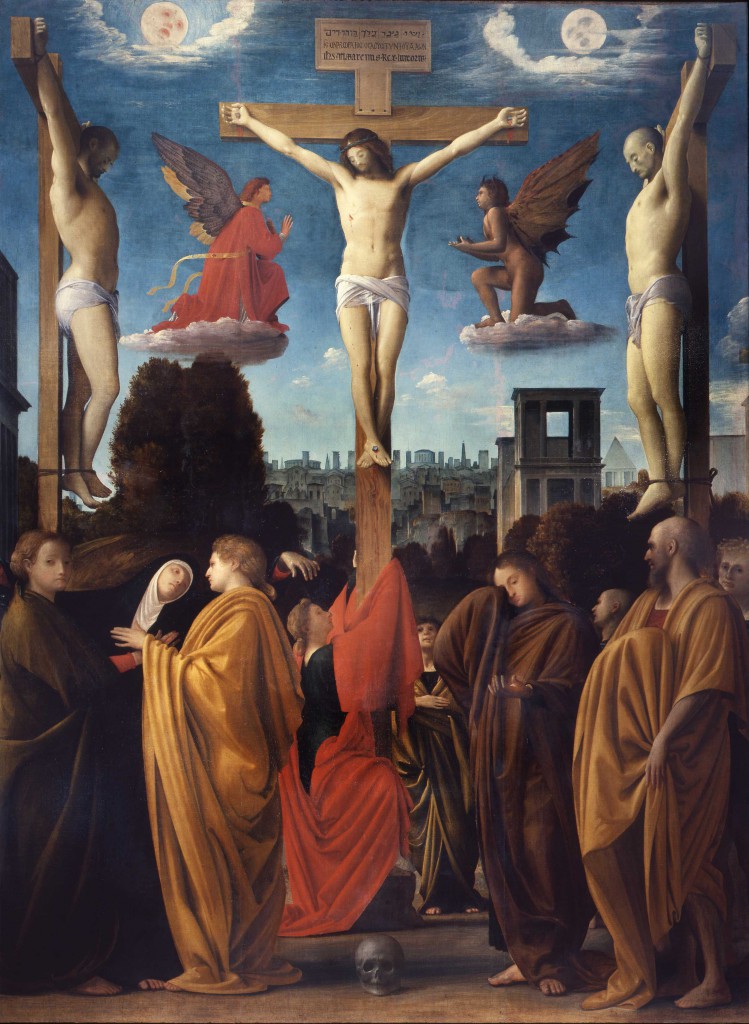