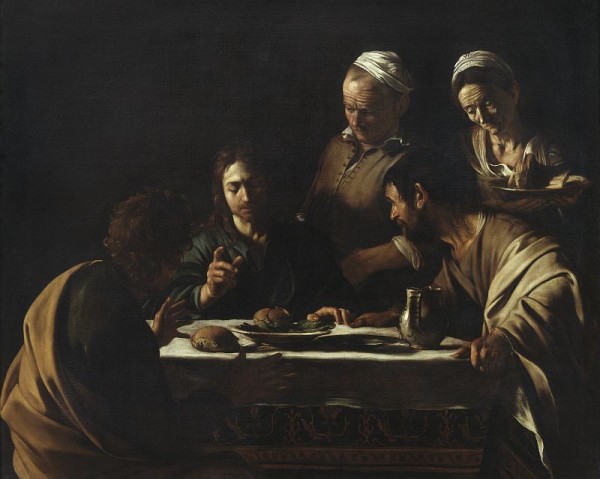 Caravaggio‘s “Supper at Emmaus” is on loan. Honouring a pledge made in 2014, the picture is due to be shown first in Caen and then in Tokyo, only returning to Brera in June 2016.
The first leg of the journey will take it to the Musée des Beaux-Arts in Caen, in exchange for Perugino’s celebrated altarpiece depicting the Marriage of the Virgin which will be coming to Brera in March 2016 for display alongside Raphael’s painting of the same subject, allowing visitors the opportunity to compare and contrast the work of the master with that of his brilliantly talented pupil for the very first time.
From Caen, the Supper at Emmaus will be flying to Tokyo for display at the National Museum of Western Art in an exhibition devoted to Caravaggio and his school (due to run until 12 June) to mark the 150th anniversary of the Treaties of Friendship and Trade between Japan and Italy.