The two canvases were acquired for Brera from the antique dealer Alessandro Brison and immediately became one of the cornerstones of the collection. Painted during Bellotto’s journey to Lombardy in 1744, they constitute one of the highest achievements of Europe an landscape painting, while at the same time representing a move in a new direction thanks to the naturalness of the representation and its adherence to reality: unlike the traditional vedute of Canaletto, which immersed Venice in a brilliant and timeless light, Bellotto’s canvases depict a precise moment of the day, investigating both its colors and the peculiar effects of its light and thereby opening the door to the evolution of the genre in the 19th century.
Ever since they entered the Pinacoteca it was thought that they were linked to the villa of the Melzi family, and that the canvases had been commissioned by Antonio Maria Melzi, owner of the villa at Vaprio d’Adda – also painted by the artist – and a prominent figure in Milan under Austrian rule. In reality, recent research has revealed that it was not until 1838 that the Melzi became the owners of the building represented here, which at the time of Bellotto’s visit belonged to the noblemen Gabrio and Giuseppe Perabò from Varese, who held prestigious posts in the administration of the city and above all had friendly relations with Cardinal Giuseppe Pozzobonelli, a knowledgeable collector who became bishop of Milan in 1744. 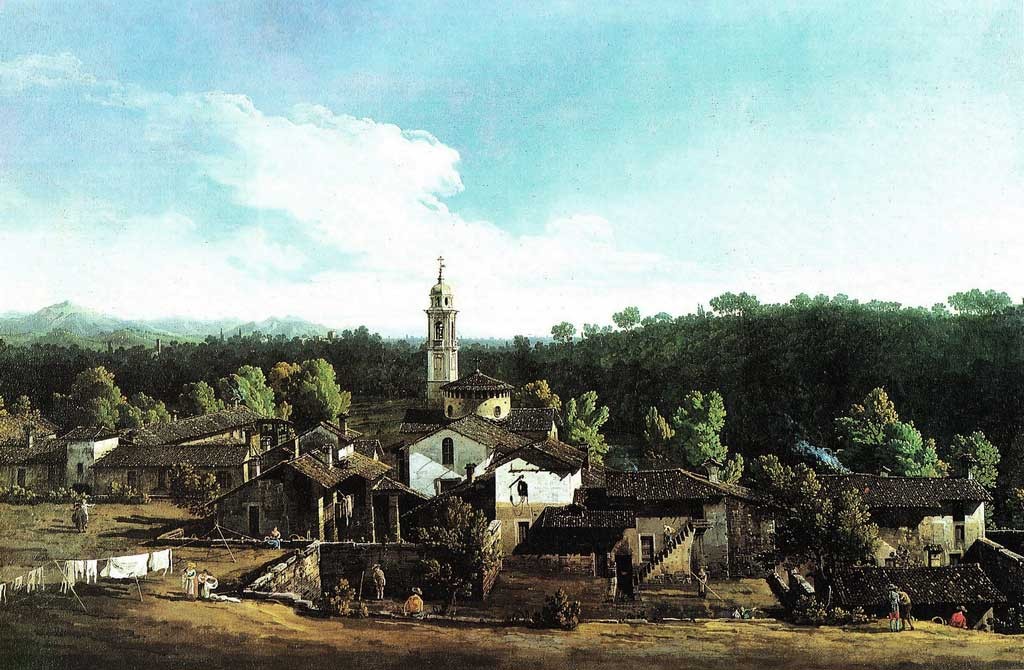