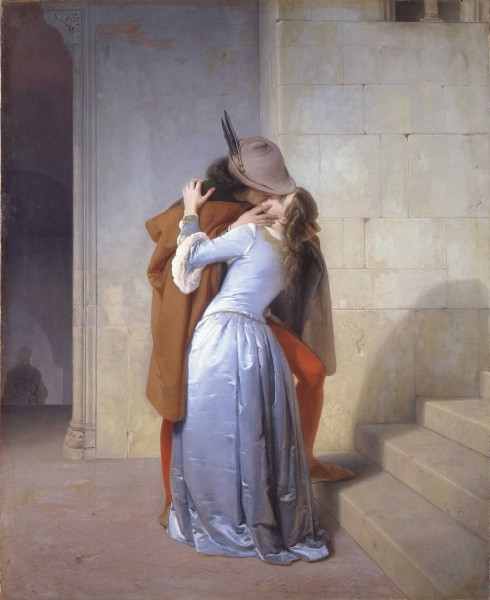 The canvas was shown at the Brera Exhibition of 1859 which, held a few months after the entry of Victor Emanuel II and Napoleon III into Milan, celebrated the successful conclusion of the struggles of the Risorgimento, but did not enter the Pinacoteca until 1886, as a legacy from Alfonso Maria Visconti, who had commissioned the picture.
It is one of the emblematic images of the Pinacoteca and perhaps the most widely reproduced Italian painting of the whole of the 19th century, created with the aim of symbolizing the love of the motherland and thirst for life on the part of the young nation that had emerged from the Second War of Independence and which now placed so many hopes in its new rulers. It proved an immediate and resounding success both for its patriotic values and for the medieval inspiration of the subject, typical of the Romantic taste of the time; the public was enthusiastic about the daring
kiss but also recognised the patriotic message enshrined in the colours: the red stockings, green lapel on the cloak and blue and white gown allude to the flags of Italy and France.
Hayez painted other versions of it, now in various European collections. 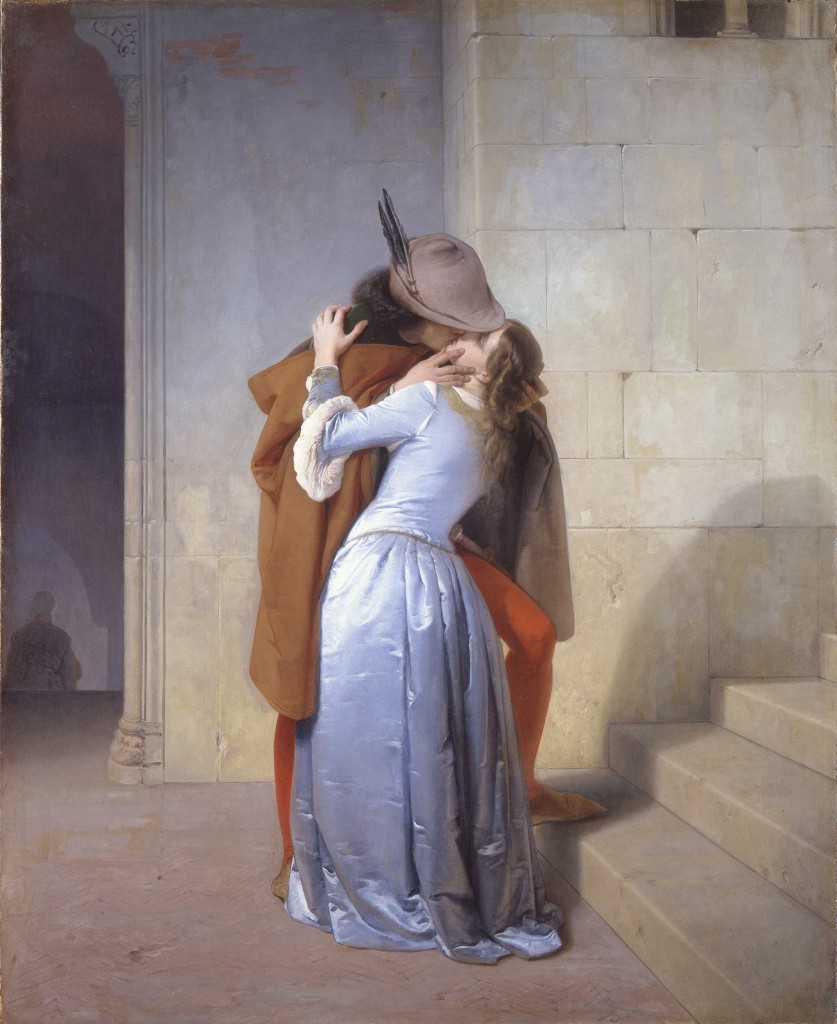