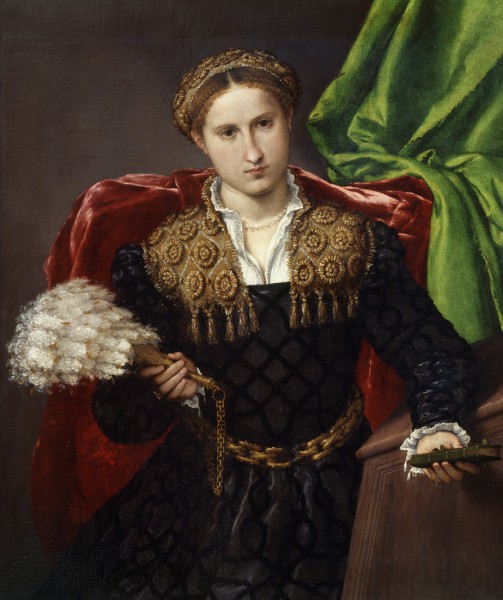 Of the four portraits by Lorenzo Lotto in Brera, the ones representing Laura da Pola and her husband Febo da Brescia and the one believed to be of Liberale da Pinedel come from the Turinese collection of Count Castellane Harrach: put up for sale in 1859, they were purchased on behalf of the Pinacoteca by Francesco Hayez, in fear that they would be acquired for the National Gallery in London; in 1860, the cost of the operation was refunded to Brera by King Victor Emanuel II.

The Portrait of Laura da Pola dates from Lotto’s late maturity and its execution is documented: in 1543 the artist recorded in his expenses ledger the commission he had received in Treviso “for two pictures of life-size half-length figures” and, in the March of 1544, complained about the payment made by Febo da Brescia, a fact that leads us to believe that the work was already finished by that date.
The painting is regarded as one of Lotto’s highest achievements, in which he was capable of giving pictorial form to the numerous messages that the client wanted to convey through her portrait: the latter, wife of one of the most prominent figures in Treviso, is presented in an unassuming attitude, leaning on a piece of furniture in her bedroom. Despite the informality of the setting, she is wearing a dress of great refinement and displaying luxury objects like the fan of plumes with a gold chain and the precious rings, elements that permitted her contemporaries to recognize her immediately as a member of one of the city’s highest- ranking families. Given that at the time unmarried girls were not allowed to appear in public, the portrait should also be seen as a celebration of Laura’s status as a married woman, authorized to exhibit herself and the rank she has achieved thanks to the good marriage she has contracted. 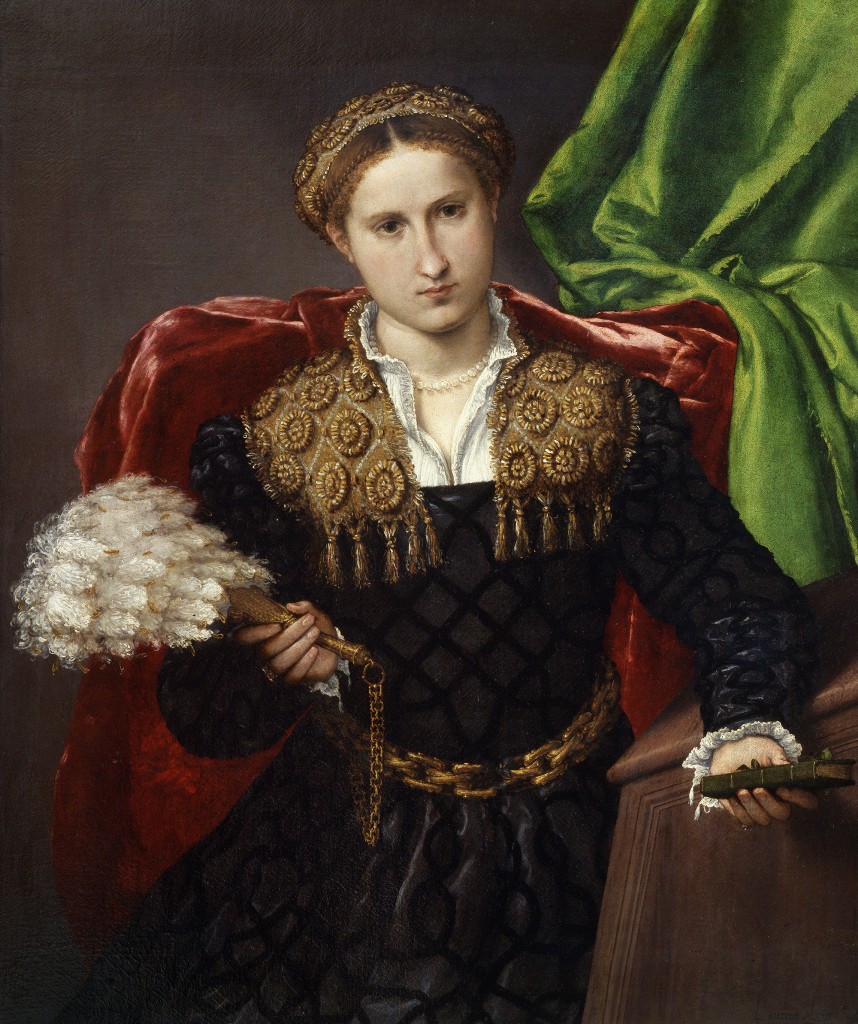