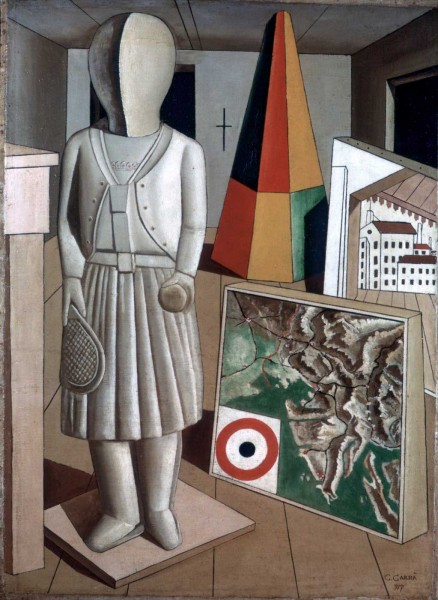 The works on show here constitute a sort of anthology of the course of Carrà’s stylistic development between the first and third decade of the 20th century, ranging from Futurism, which the artist had adopted very early, to works linked to the Valori Plastici movement. In 1908, Carrà started to frequent the group of artists who were soon to create the Futurist movement, commencing a series of relationships that would take him to Paris with Umberto Boccioni in 1911: here, through Gino Severini, he encountered Braque and Picasso.

These influences lie at the base of Rhythms of Objects of 1911, where the rigor of Cubist compositions serves as a backdrop to the composition of an image centering on the Futurist motifs of movement, simultaneity and interpenetration of planes. Returning to Italy, Carrà met Giorgio de Chirico and Filippo De Pisis and adopted the language of Metaphysical art: this marked the beginning of a brief period, represented here by three paintings from 1917 (The Metaphysical Muse, The Enchanted Chamber and Mother and Son), in which the artist reinterpreted the objects favored by de Chirico – manikins, toys, fish – in a search for new relationships between space and volumes, between colors and plastic structures, in accordance with a personal view of Metaphysical poetics that he theorized about, in 1919, in the essay Pittura Metafisica. Moving away from the subtly ironic language of de Chirico, Carrà began to explore the pure form of “ordinary things.”
He kept faith with his choice of a different Metaphysical language in the following years, triggering a process of progressive withdrawal from the excesses of the avant-garde and return to the classical origins of Italian figurative culture, from Giotto to the painters of the Italian Cinquecento: examples of this new phase, theorized in the magazine Valori Plastici, are the austere and archaic House of Love, exhibited without success at the 1922 Biennale, and The Marble Cutter’s, which marked the painter’s adhesion to the Novecento movement. 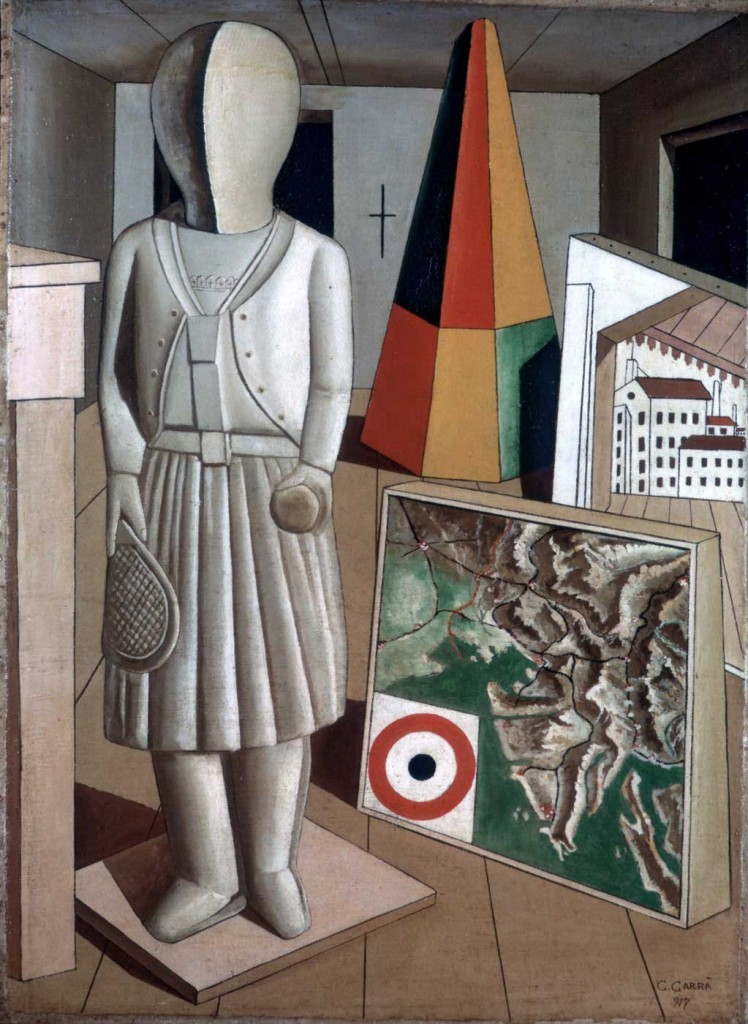