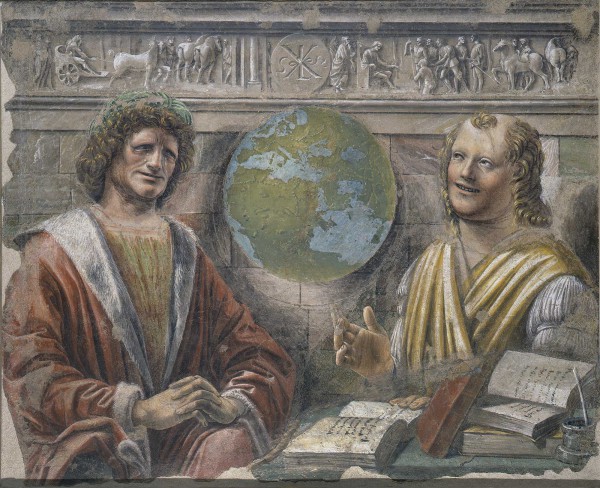 The eight paintings, which entered the Pinacoteca di Brera between 1901 and 1902, come from the house acquired in 1486 by the court poet and ducal counselor Gaspare Visconti on what is now Via Lanzone in Milan, which later passed into the hands of the Panigarola family. The presence of Bramante in Visconti’s home as witness to a deed drawn up in 1487 and the immediate repercussions that the cycle had on the Milanese painting of the time suggest that it was executed over a short space of time, around the years 1486-88.

It is possible to reconstruct the original appearance and iconographic significance of Bramante’s decoration from several sources. An inventory compiled in 1500 after Gaspare’s death describes a “chamber of barons” between a “chamber of the school” and one “of trees.” The meaning of the cycle, linked to the circles in which the client moved, is explained by a passage in the Trattato dell’arte della pittura, scultura ed architettura by Giovanni Paolo Lomazzo (1584) which gives the names of some of the people portrayed in the guise of “barons”: Pietro Sola called Strenuus, fencing master of Ludovico il Moro, the painter and swordsman Beltramo Gariboldi and the otherwise unknown Giorgio Moro “da Ficino.”
Lomazzo also cites the figures of Heraclitus and Democritus, set above a door, the first weeping and the second laughing, as examples of representation of the “motions of the mind.” The fact that the fragment representing the two ancient philosophers was located in a different room from the Men-at-Arms, presumably that “of the school,” is confirmed by its different scale and by the testimony of Venanzio De Pagave, who at the end of the 18th century, in the manuscript of the Dialogo fra un forestiere ed un pittore che si incontrano nella basilica di San Francesco Grande in Milano (Biblioteca d’Arte del Castello Sforzesco, Milan), specifies that Heraclitus and Democritus was in another room.
The same author records the painted architecture with “spires, vases and pedestals” that framed the gigantic figures of the “barons” and which, already showing signs of wear, at the time he wrote had been plastered over and damaged by the opening of windows. 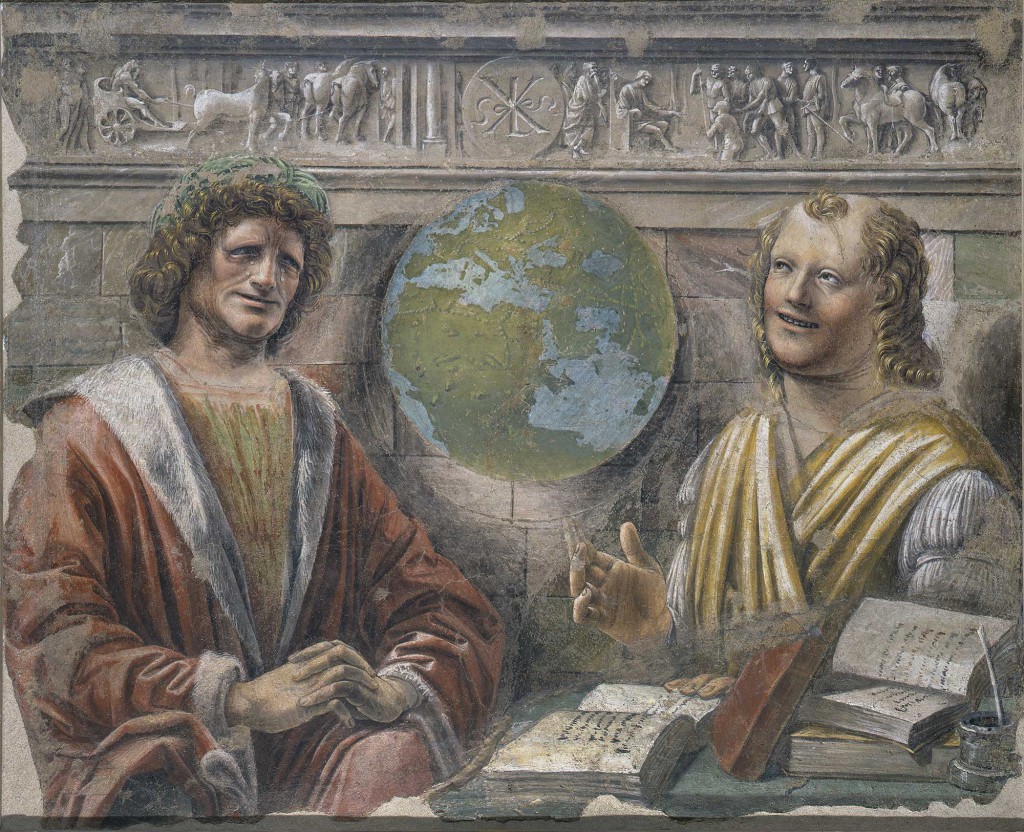