Frescoes of Oratory of Mocchirolo 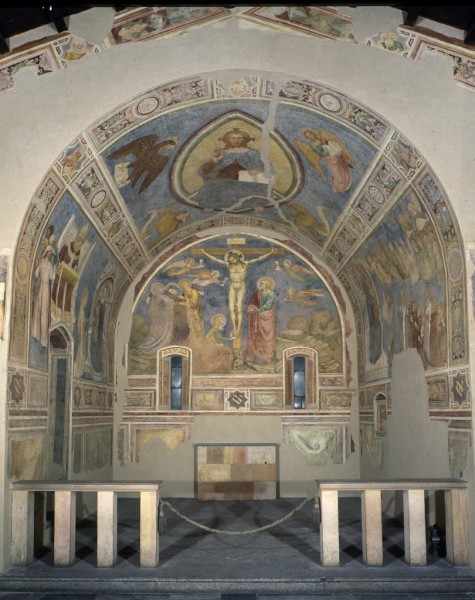 The frescoes of the Porro oratory at Mocchirolo were detached from their original wall in 1949 and then recomposed at the Brera in the 1950s. As far as possible, the reconstruction was as faithful as possible to the original location, with an attempt being made to maintain the direction of the light. These important frescoes, commissioned by a member of the Porro family, possibly Stefano, were previously attributed to Giovanni da Milano; another hypothesis is that they are by Pietro da Nova, an artist who is known to have worked in Santa Maria Maggiore in Bergamo from 1373 onwards, but who was absent in 1378 in order to paint at “Moncaylorum”. In this case, the true patron would have been a relative of Stefano Porro, Lanfranco, who was referendary of Regina della Scala in Bergamo in 1377. This attribution presupposes, however, a dating that is too advanced for the cycle and is, in fact, rejected by other scholars.  It is, therefore, better to stick to an earlier date, around the middle of the century. This anonymous artist seems to interpret Giotto’s art in a manner similar to that found in the works of Giusto de’ Menabuoi and Tommaso da Modena, influenced by the chivalrous, Gothic atmosphere prevailing in the Visconti court towards the middle of the 14th century. Some figures on the left wall are particularly Giottesque in their realism, while others, on the right wall, are inspired by International Gothic. 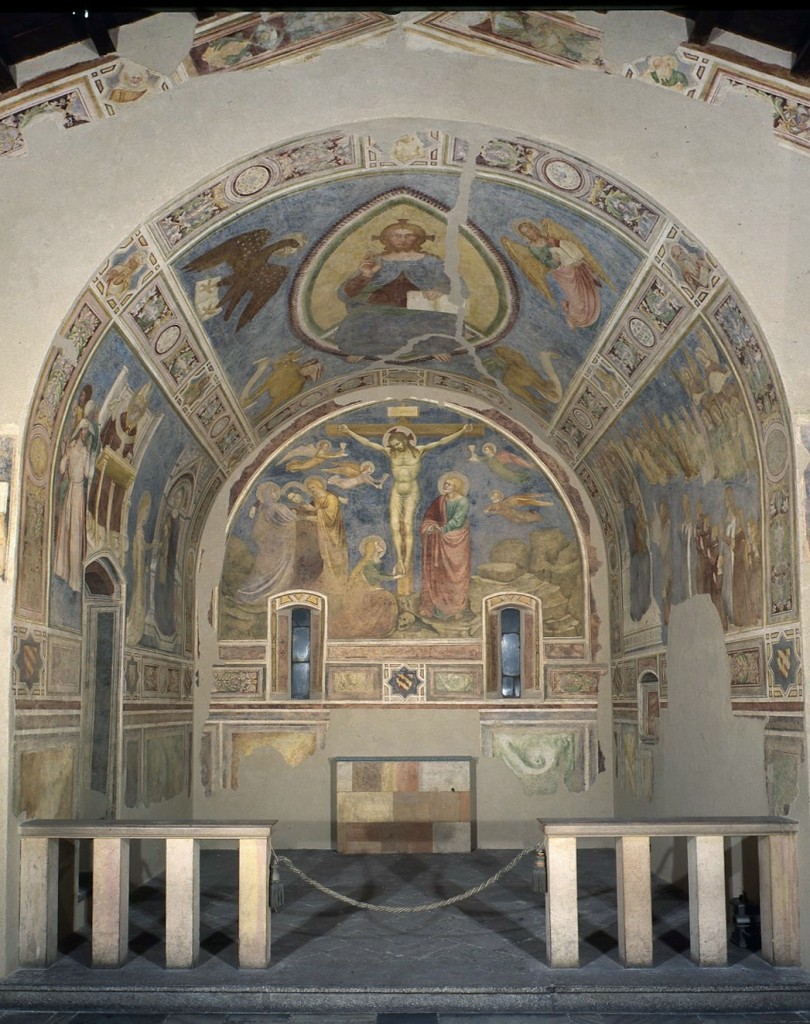