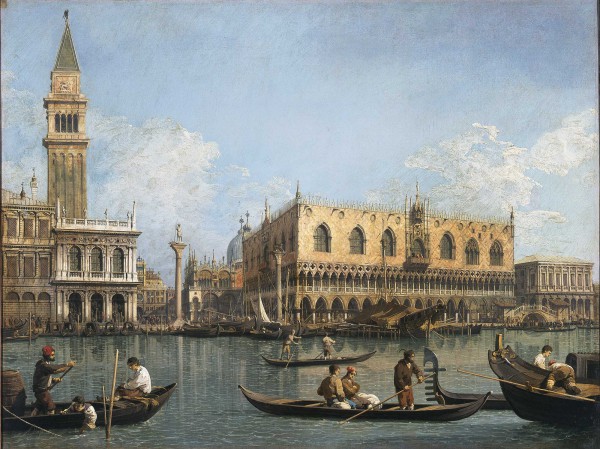 The View of St. Mark’s Basin came to Brera in 1828 with the View of the Grand Canal Looking toward the Punta della Dogana from Campo Sant’Ivo. They are subjects of which the artist was very fond, replicating them several times and varying the angle and breadth of the view: the two versions in Brera date from around 1740-45, i.e. the years immediately preceding Canaletto’s journey to England.
The artist was one of the founders of the genre of vedutismo, which achieved an extraordinary international success in the 18th century and reached its highest levels in representations of the lagoon city: seen as a symbol of wealth and tranquility, Venice was immortalized in the splendor of its palaces and in the magnificence of its churches facing onto the water, steeped in a timeless atmosphere illuminated by a typically sparkling light.
A specific feature of Canaletto’s technique was the use of the “camera obscura”: contemporary sources tell us that the artist made drawings from life and utilized this instrument for reproduce proportions and perspectives with precision. In reality, the numerous drawings that we possess – often mere sketches – suggest that the artist took notes in the open air and only subsequently, in the peace and quiet of his studio, reworked them with rulers and compasses to improve the accuracy of the drawing. 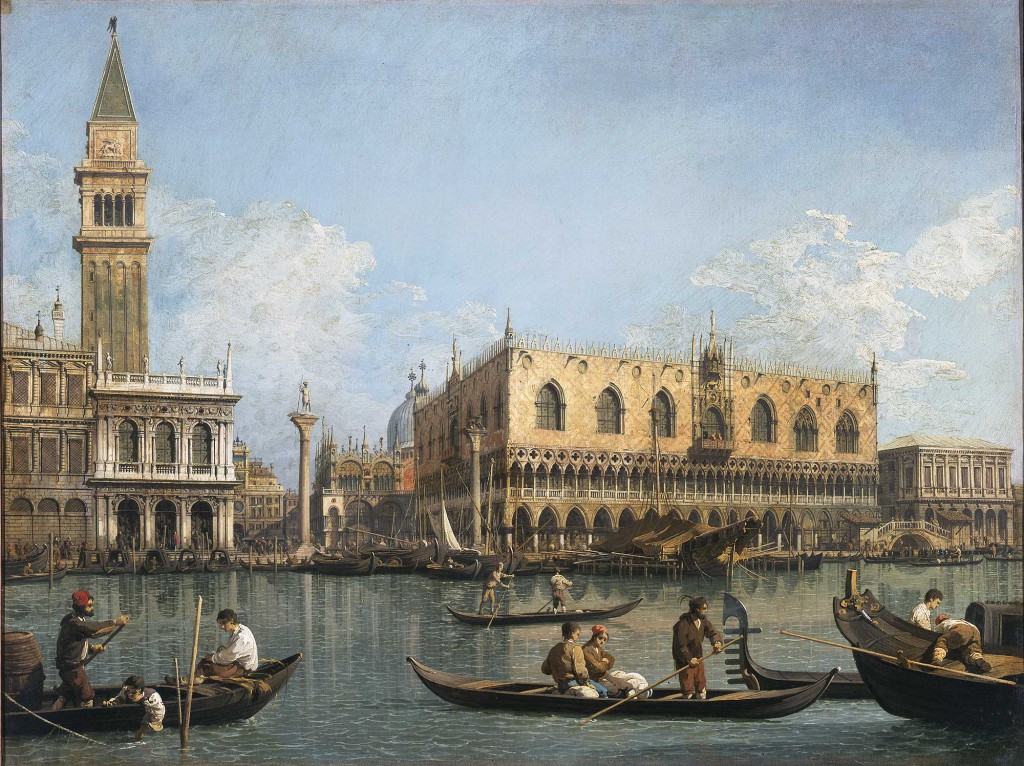