St. Stephen’s Disputation with the Elders of the Sanhedrin

Home | Collection | The Collection online | Search the collection | St. Stephen’s Disputation with the Elders of the Sanhedrin
Explore by | Search 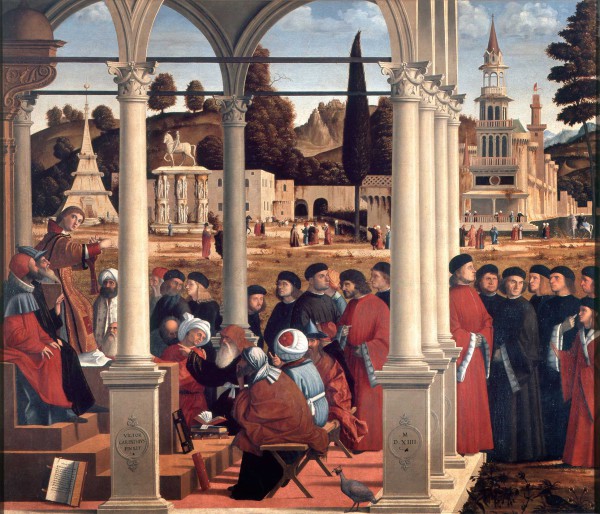 The canvas was part of a narrative cycle depicting Scenes from the Life of Saint Stephen executed for the Venetian seat of the confraternity dedicated to the saint and dispersed in 1806 following the Napoleonic abolitions.
The confraternity, also known as the Scuola di Santo Stefano, was made up of members of the Wool Guild and at the outset held its meetings and services in the sacristy of the church of Santo Stefano. In 1476 the Scuola obtained permission from the friars of the nearby monastery to construct a chapel of their own and, in 1506, to decorate it as they chose.
Between 1510 and 1520, Carpaccio painted canvases as decorations for the rooms, including the one now in Brera. The theme chosen stimulated the painter’s narrative vein, here applied to an exotic setting that allowed him to let his imagination run free and produce fanciful works of architecture – although there are echoes of existing structures, such as Verrocchio’s equestrian monument to Colleoni – and unusual Oriental costumes. On the other hand, a solid realism characterizes the representation of the figures in the foreground, where only three doctors wearing turbans are mixed up with numerous portraits of members of the confraternity.
The handling of the composition and perspective is rigorous, as is evident from the construction of the portico in the foreground and the foreshortening of the volumes set on the steps. 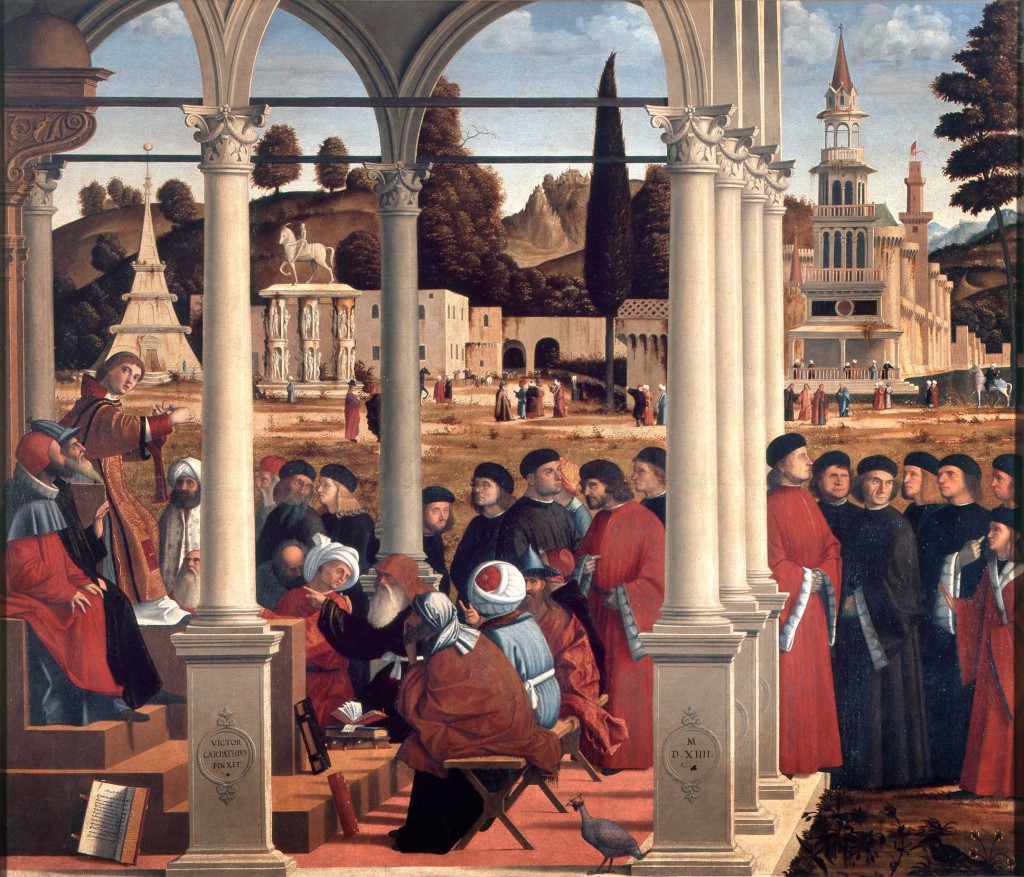