Presentation of the Virgin in the Temple 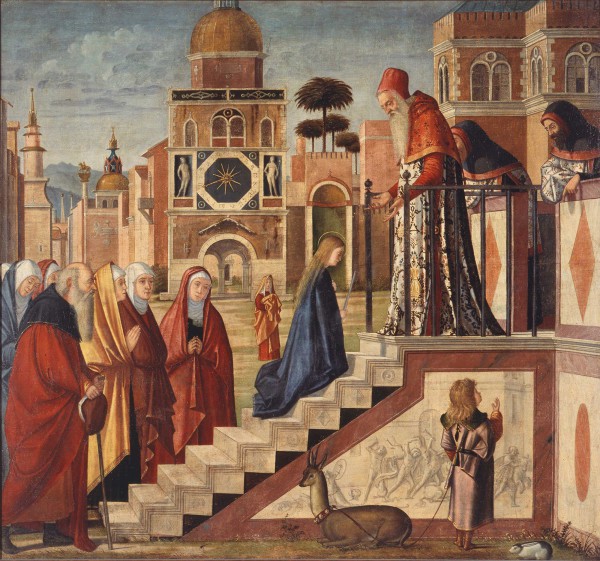 Carpaccio was an artist who has a huge output, although the quality would vary according to the fee, as can be seen in the works commissioned by The Scuola degli Albanesi, who probably had less money to pay than others. This lower cost can be seen in the quality of the por- traits, where the characters are more generic, probably painted largely by workshop staff rather than the master. Despite they often include enchanting details such as the domesticated gazelle and the rabbit in the foreground. 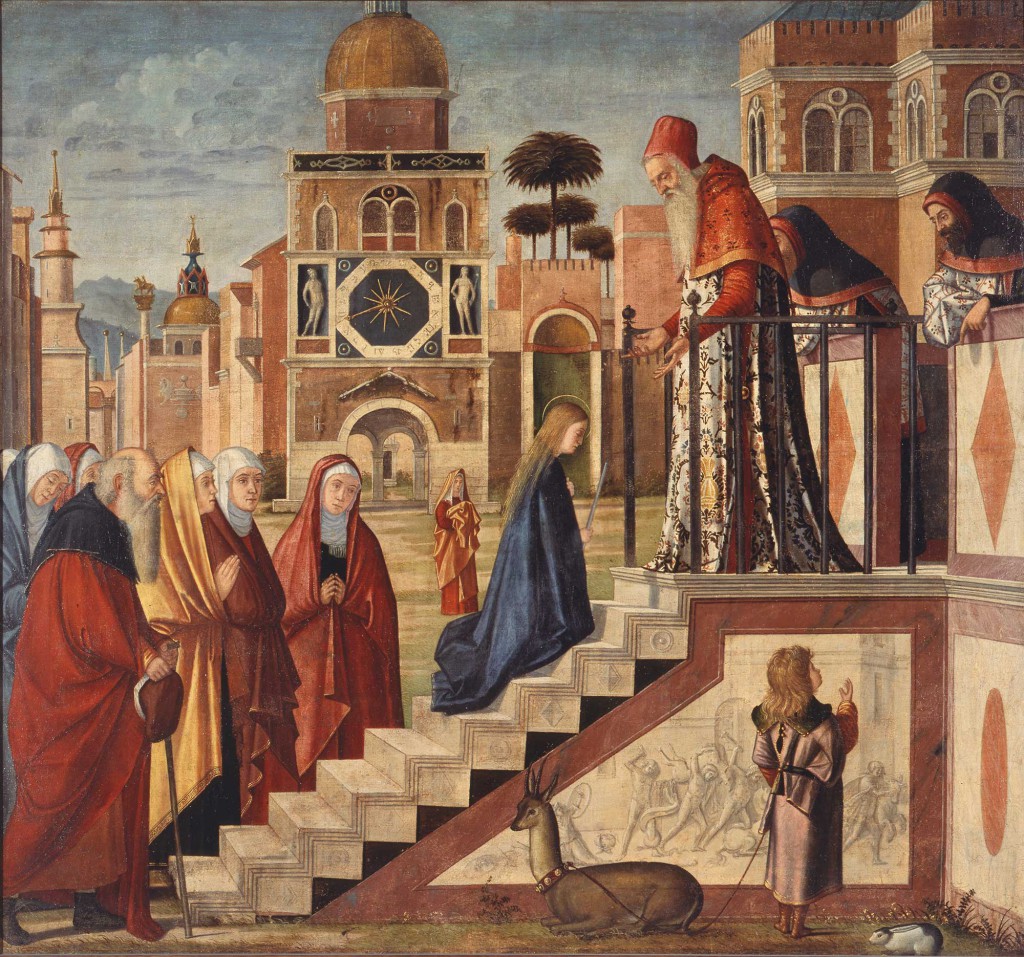