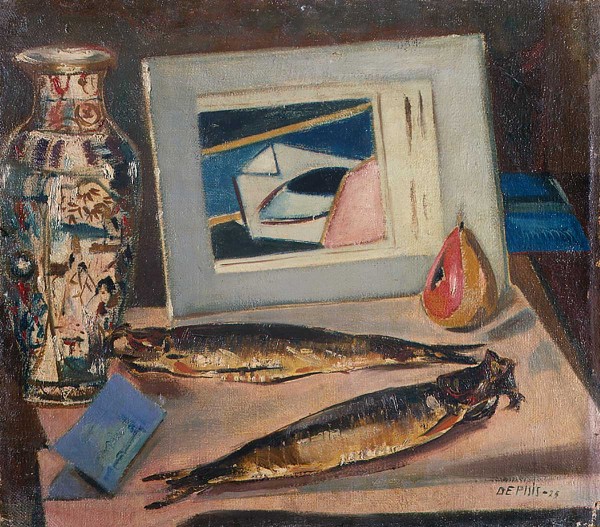 The fifteen paintings from the Jesi collection offer a sample of the multiple aspects of De Pisis’s work and allow us to follow its development through the central three decades of his activity. De Pisis cultivated many interests, from botany to the history of art and from painting to literature: he started out as a poet and took an arts degree at Bologna in 1920. In the meantime, he began to paint under the influence of de Chirico and Carrà, whom he met in Ferrara, and the Valori Plastici group, with which he established links during a stay in Rome in 1920.

In Still Life with Eggs of 1924 and The Sacred Fish of 1925, we find citations from de Chirico (Eye and Sacred Fishes) and Morandi (The Fruit Bowl), flanked by objects linked to the author’s own poetics, such as the glass with the four-leaf clover, the Chinese vase and the folded sheet of paper. In 1925 he moved to Paris and concentrated on the Impressionist research into the use of light and color, but without giving up the memory of his Metaphysical atmospheres.
At the end of the twenties he turned his attention to the city, obsessively painting its characteristic corners and streets. After a period of travel, he returned to Italy at the outbreak of the Second World War, but was admitted to a clinic (Villa Fiorita, whence the initials “VF” set on his paintings) owing to the worsening of the mental illness that was to prevent him from working from 1954 onward. 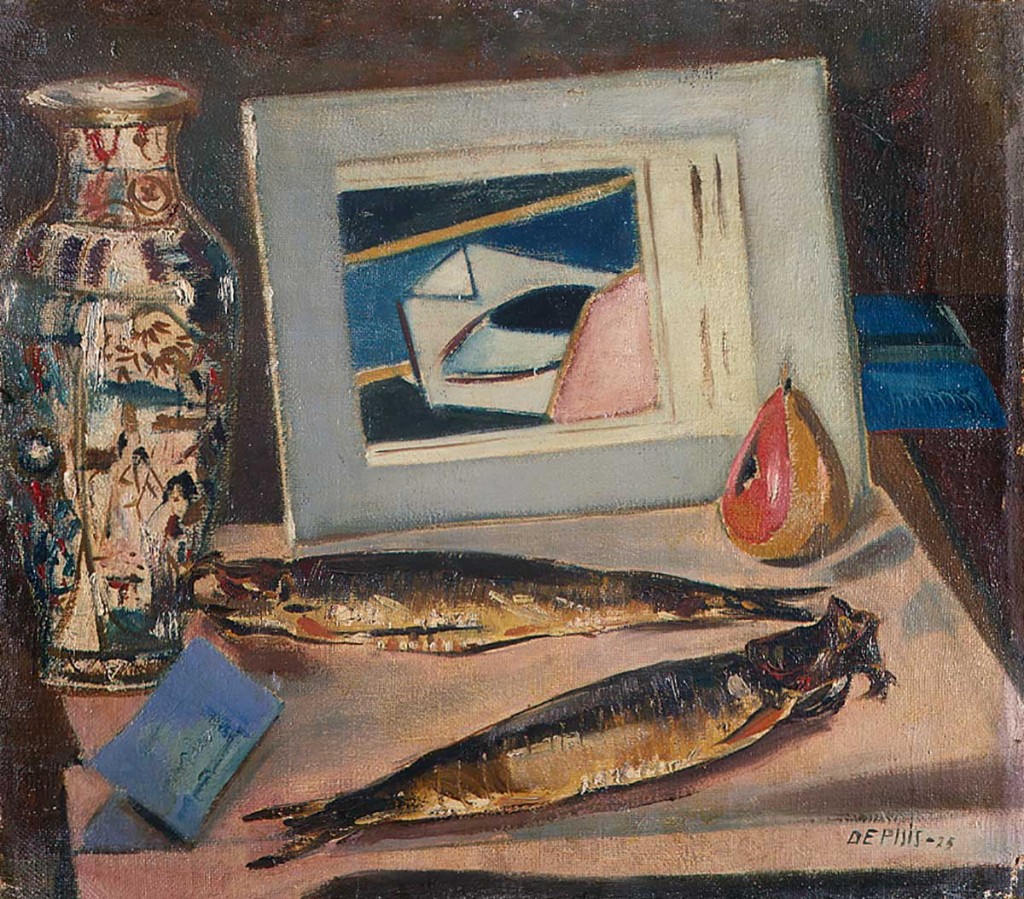