In the Jesi collection, Giorgio Morandi is represented by an extraordinary series of landscapes and still lifes and by a rare Self-Portrait, a sort of anthology of masterpieces that documents the successive stages in the painter’s original line of research. An unusual figure, that of a solitary artist who never left the city of his birth and – with rare exceptions – only knew the work of his contemporaries from books, Morandi pursued over the entire course of his existence a highly personal poetics focused on a few, humble subjects and characterized by intellectual speculation, extreme purity of expression and absolute rigor of form. He kept at a distance from the revolutionary clangor of the avant-gardes and yet was drawn in a wholly personal way by the ideas coming out of Futurism, Metaphysical Art, Valori Plastici and the Novecento currents.

Around 1918, the reproductions published by the Bolognese magazine “La Raccolta” drew Morandi’s attention to the Metaphysical research of de Chirico and Carrà: from this period (1918-19) date the three still lifes on show here, which reveal an artist very far away from de Chirico’s poetics of the enigma and irony and intent, instead, on representing the “lyricism created by the metaphysics of the most ordinary objects. Of those objects which habit has made so familiar to us that we, however, alerted by the mysteries of appearances, often look at with the eyes of the man who sees and does not know”; objects purified of elements that might disturb their limpid shapes represented “in a steady, harsh light, with forms calibrated according to precise rules of composition.”
From the twenties onward, Morandi devoted himself exclusively to investigating the relations between objects, studying the connections between space and volumes and the shifts of light in the landscape. 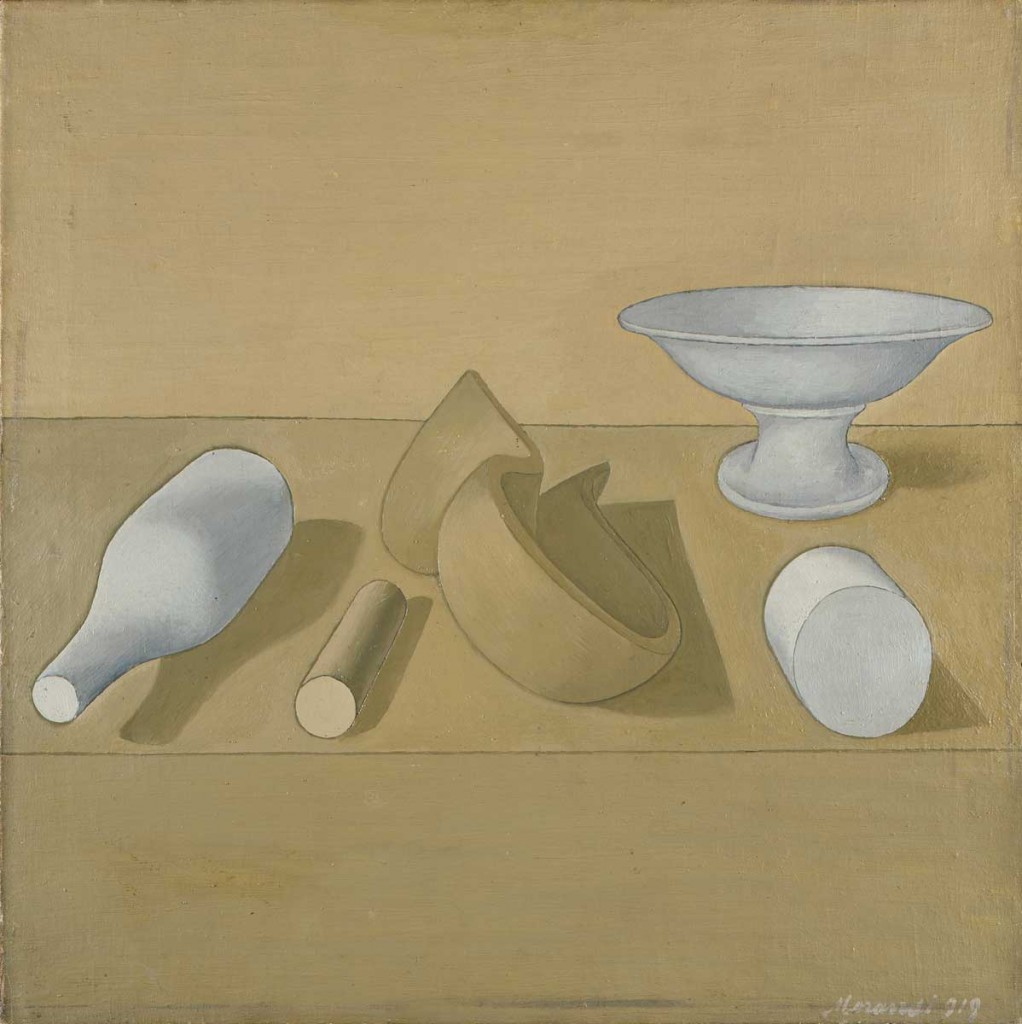