Coronation of the Virgin with Saints (Valle Romita Polyptych) 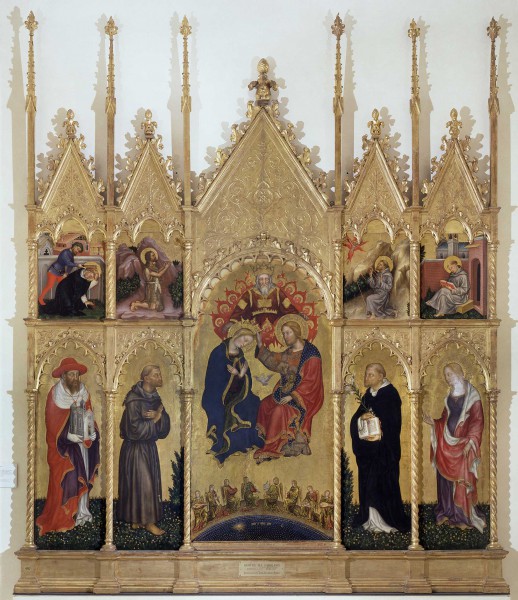 Perhaps dismembered as early as the 18th century, the polyptych began to arrive in the Pinacoteca in 1811, following the abolition of the Observant hermitage of Santa Maria di Valdisasso, near Fabriano, from which came the five larger panels; the four smaller panels were acquired from a private collection in 1901. Among the hypotheses put forward by historians, the most suggestive ascribes the commission of the painting to Chiavello Chiavelli, lord of Fabriano, who had the monastery of Valdisasso restored in 1406 and selected it as the place for his own burial: in fact it is possible that, to decorate the renovated hermitage, the lord of Fabriano had ordered a large altarpiece with the theme dearest to the Observants, the Coronation of the Virgin surrounded by the founding saints of the order.
If this were the case, the execution of the polyptych should be dated to between 1406 and 1414, the year in which Gentile da Fabriano left the Marche and moved to Brescia, in the service of Pandolfo Malatesta.
Gentile da Fabriano was one of Italy’s most celebrated painters during his own lifetime, who produced works of art that dazzled with their rich materials and naturalistic treatment of detail. This polyptych depicts the coronation of the Virgin in a heaven the artist imagines as a shimmering golden sunburst set above the stars, on which an orchestra of angel musicians is playing. In the side panels, the saints, their names inscribed on their halos, are seen on flower-filled meadows portrayed with botanical accuracy.
Exemplary of the artist’s Gothic style is the transformation of the sacred personages into elegant figures, sumptuously dressed in the clothing in fashion at the courts of the time. The sinuous outlines produce graceful traits corresponding to the aesthetic ideal of the early 15th century, while the meticulous representation of the naturalistic details is derived from Michelino da Besozzo. 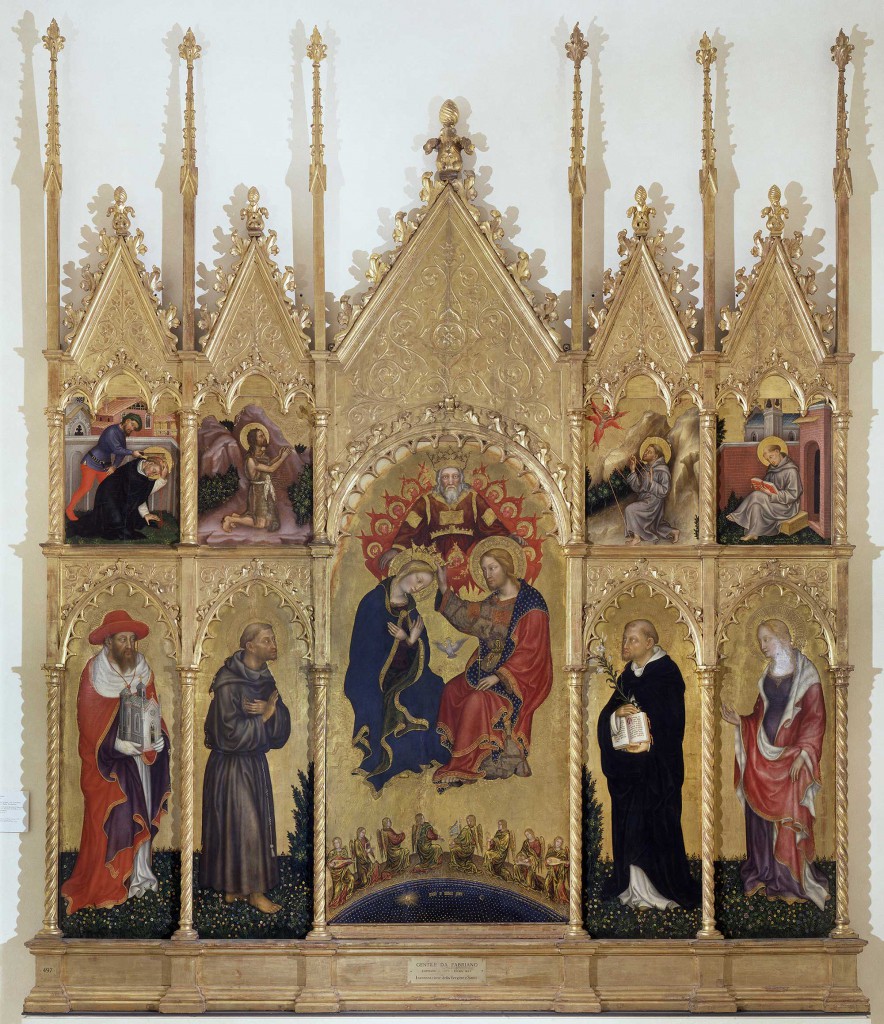