Riot in the Gallery 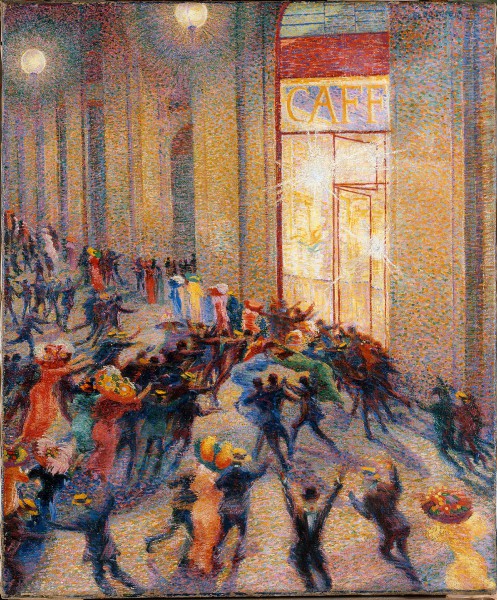 After a period spent in Rome, the artist decided to move to Paris in 1906, driven by poverty and disillusioned with the artistic climate of the capital, where the ferments and innovations at work in Europe found no echo. Thus he embarked on a series of journeys that included a stay in Russia and concluded with a move to Milan, where he settled, attracted by the new technological spirit that animated the city, and where he met the founders of the Futurist movement, the men who signed its first Manifesto as early as 1909. He promptly joined the movement, becoming perhaps its main interpreter and theorist.
In Riot in the Gallery, executed in the months immediately after his signature of the Technical Manifesto of Futurist Painting (1910), he utilized – and took to an extreme – the Divisionist technique to study the movements of the crowd and to create unprecedented effects of light and dynamism, accentuated by the use of extremely bright complementary colours. 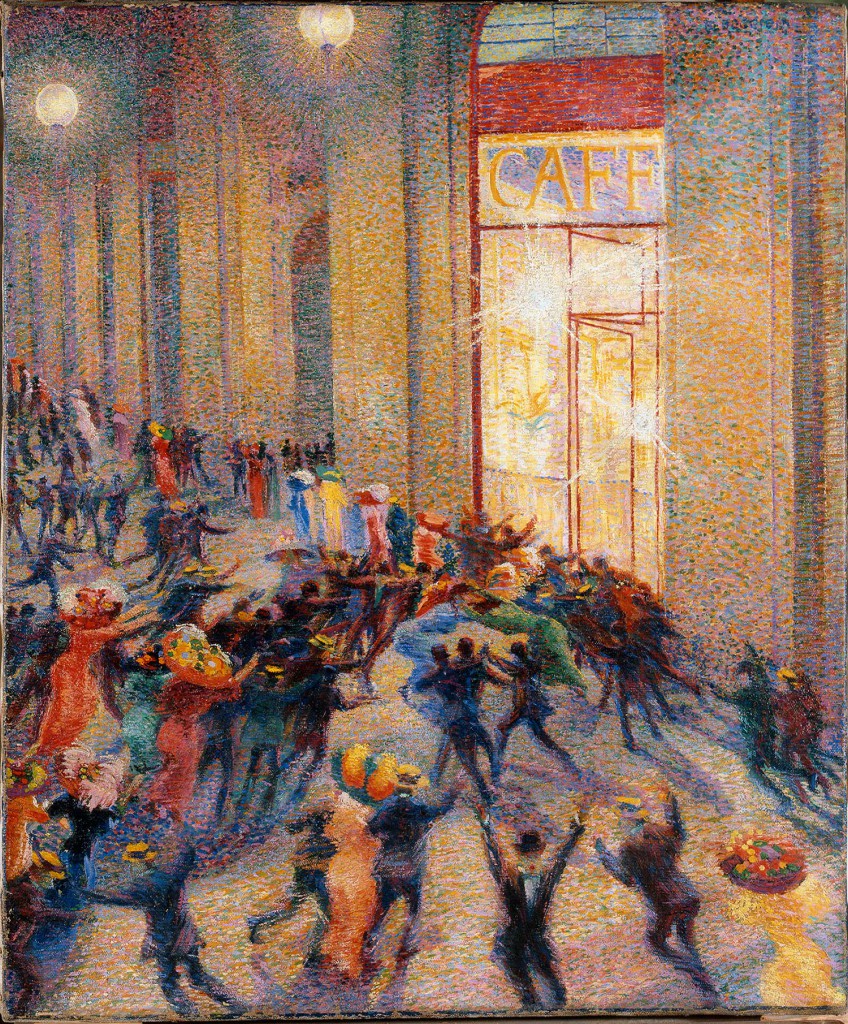