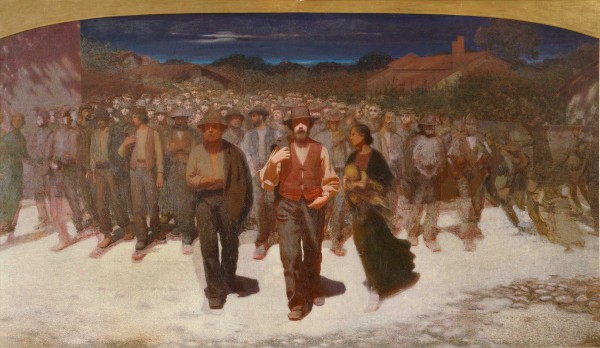 The famous painting, which remained in the possession of the painter’s heirs until the 1940s, was donated to Brera in 1986 by the Sprind company. It dates from 1895-96 and represents a defining moment in the production of Pellizza da Volpedo, linked to the maturation of the artist’s political and social consciousness and to the experimentation with new means of expression conducted in the circles of Divisionist painting.

The execution of the monumental scene of the Flood of striking laborers was preceded by a series drawings, cartoons and sketches grouped together under the title of Ambassadors of Hunger.
But the canvas was left incomplete by the dissatisfied artist, who returned to the subject in 1898 in a new painting, the March of the Workers or Fourth Estate (now at Museo del Novecento, Milan), finished in 1901-02 and became the manifesto of the demands of the proletariat. 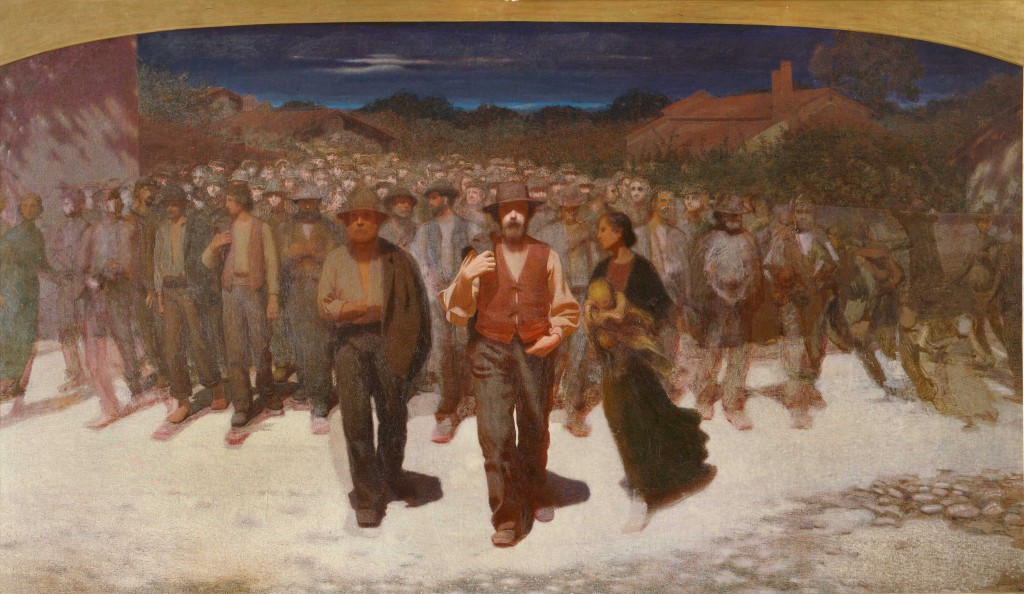